Anthony Kiedis has a way of living that I am a little envious of. It’s something I’ve been working toward for the last several years. It’s the ability to just go with the flow of life, tackling any obstacles head on, the best you can and letting go of all control. 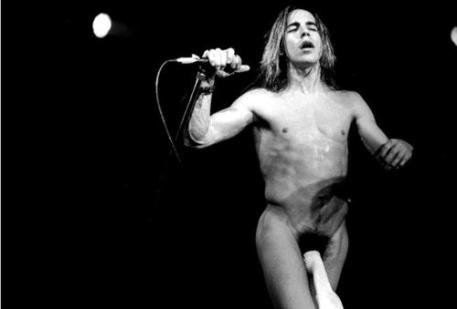 Just finished reading Scar Tissue, and it is hands down one of the best reads I’ve ever had. The reminisings of his life are exciting, scandalous, illegal, sexy, and just outright wild. He’s not afraid of anything. He will try to talk his way into and weasel his way out of of anything to get the desired outcome he is looking for. An opportunist, a fearless dirt bag. It’s kinda of amazing he didn’t die or get arrested with all of his shenanigans.

His drug addiction was the main theme of the book. The relapses, the getting clean, the withdrawals, the pawning off of stolen items to get his hands on any amount of dope he could find. And what was his saving grace? Meditation, prayer and sitting with the emotions.

I’ve made the decision to stop doing drugs many times before, but I  never followed up with the daily maintenance, the cultivation of a path to a spiritual awakening. I think that anyone who comes in and works all of the steps and goes to meetings and is of constant love and server is guaranteed to stay sober. But anyone who comes in like I did in the past and picks’ and chooses and thinks, “I’ll do it some days, I won’t do it others. I’ll work some steps, but I won’t work the others. I’ll take the call sometimes, but sometimes I’m too busy.” is doomed to failure. You can’t buy seven tenths of the way into the program and expect to get seven tenths back; you get nothing back unless you give yourself completely.

Some other big takeaways if you wish to kick a bad habit, and these can be applied to whatever your addiction may be (love, sex, food, drugs):